The Chicago Kimpton Hotels, in partnership with Daisie Foundation, raised over $25,000 to donate 500 backpacks and much-needed school supplies to students at the South Side Chicago school.

Hundreds of students at Englewood’s Perkins Bass Elementary School are ready for their first day of school thanks to an ongoing community-building partnership with Chicago’s Kimpton Gray Hotel, Allegro, Monaco, and Palomar Hotels and Daisie Foundation. Together, the organizations raised over $25,000 to buy and distribute 500 backpacks full of school supplies–one for each and every student at Perkins Bass.

Students and parents went to pick up their backpacks on August 26th, a week before the start of school. It was an all-day mini carnival event featuring face-painting, games for the students, bounce house, cotton candy, a DJ and so much more.

In an interview with ABC Chicago, Principal Carolyn Jones emphasized the connection between having school supplies and attendance on the first day of class. “Parents don’t want to send their children without what they need, and so this cuts down some of the burdens on those families, and everyone gets to show up on day one ready and prepared to start the school year.”

In addition to the school supplies, local artist Jason Farley also donated his time and talent to paint a mural inside the school. Several students participated in the creation of the mural by posing for it and helping paint it.

Prior to the event, Farley also helped fund the backpack drive by donating a one-of-a-kind piece of artwork that was featured in the Kimpton Gray Hotel’s living room lobby before being auctioned off to the highest bidder. The piece was inspired by Perkins Bass students and The Kimpton Hotels commitment to social responsibility.

RECAP: 500 Students Receive Backpacks Filled with Back-to-School Supplies at Englewood’s Perkins Bass Elementary School2019-10-282021-05-17https://daisiefoundation.org/wp-content/uploads/2018/11/daisie-foundation-logo-250px.pngDaisie Foundationhttps://daisiefoundation.org/wp-content/uploads/2019/09/daisie-foundation-back-to-school-perkins-bass-elementary-2019_0321.jpg200px200px
About
Daisie Foundation team
Like the flower she was named after, Daisie Robinson stood for new beginnings. Even the daisy itself represents the unity of two different flowers blended together in perfect balance. And through our relationships with generous donors, partners, community organizations, and business entities, we aim to strike that same balance between passion and action. It’s how we’ve been able to bless over 1200 children, 150 teachers, and hundreds of mothers with our philanthropic efforts. And it’s precisely how our impact will continue to grow exponentially with each passing year. To help us continue Daisie’s legacy of empowering women and children, please donate to our 501(c)(3) nonprofit organization today. All donations are tax deductible and go towards empowering women and children so that they might have a better day, a better life.

QUICK LINKS
OUR INITIATIVES
JOIN OUR CAUSE 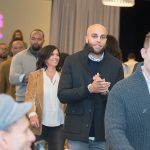 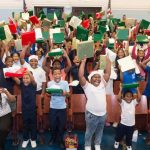